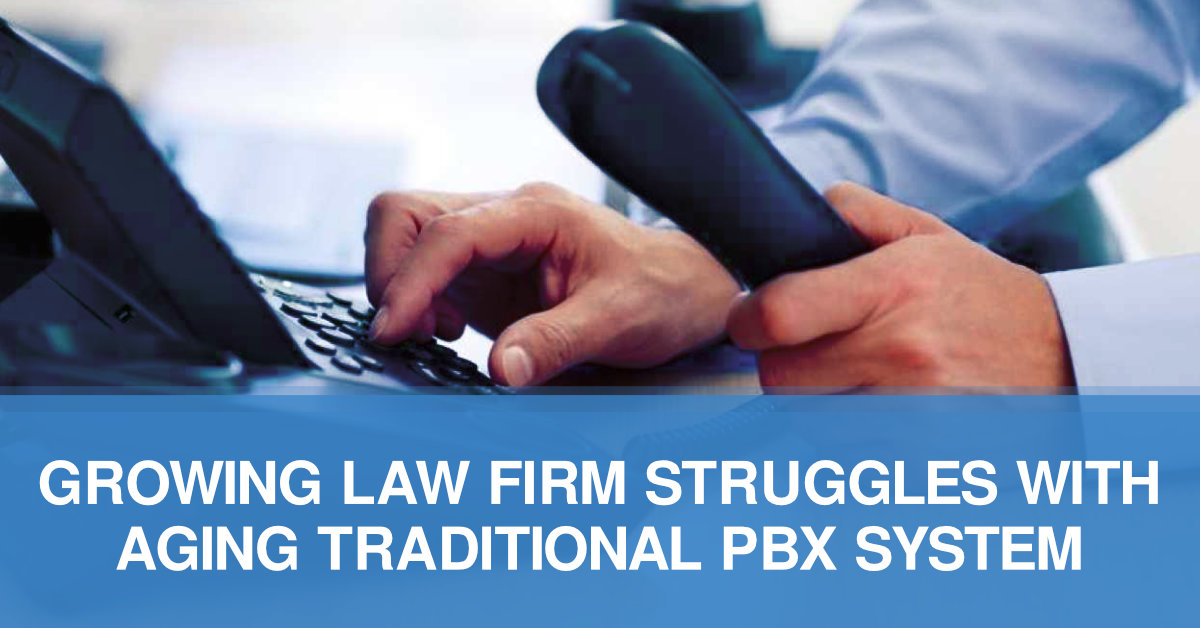 A modern law firm was struggling badly with their old phones that were clunky and didn’t have basic features like transfer or a dial by name directory. Clients and staff were both frustrated enough that cell phones became the norm.

During an expansion, they discovered a limitation on their old system limiting their ability to add services such as additional phones and outside lines. Two options were available, the first being to spend $11,000 on a system upgrade or make the move to VoIP with Hosted PBX and avoid the hefty upgrade costs. Guess what they chose to do?

Of course, they elected to move to a hosted VoIP system that will permit them to scale as required and deliver features such as call recording/reporting and mobility features facilitating the work from anywhere requirements. Gone are the obstacles and costs related to their traditional phone system. Not to mention the inherent flexibility to change the system programming on the fly!

The transition to the new VoIP system was made simpler by maintaining the same extension numbers and of course all the existing phone numbers were moved to the new system.

Interested in learning about other case histories and how other industries are solving their communication challenges? Here are some suggestions:

PICKING UP THE PIECES AFTER A FAILED VOIP INSTALLATION

THE MOVE FROM A TRADITIONAL PHONE SYSTEM TO TEAMS INCLUDING VOICE

One of our clients had previously implemented a Microsoft 365 solution, that…

Although this agency has superb offices, the majority of the…