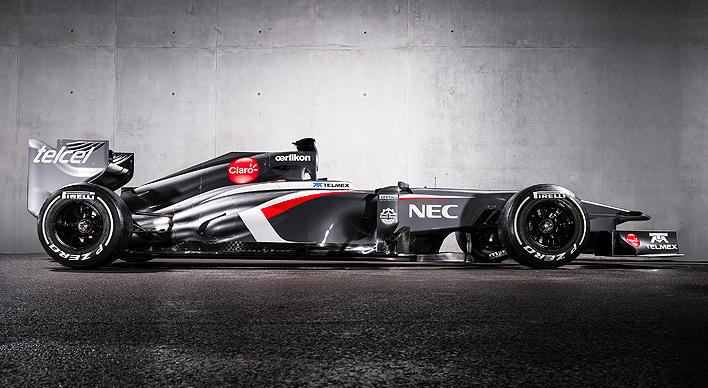 Nothing says summer in Montreal like the Grand Prix du Canada, and Luminet partner NEC has been roaring around the Circuit Gilles Villeneuve with its sponsorship of the Sauber F1 Team.

The NEC logo is emblazoned on the Swiss team’s gorgeous C32-Ferrari, one of the most striking cars in the championship. Recently redesigned with silver-grey livery, it now sports radically smaller side pods and a gracefully swooping nose that makes it more aerodynamic.

The 2013 season marks 20 years since the Sauber group entered Formula One competition, but the Montreal Grand Prix was no cause for celebration. Drivers Nico Hulkenberg and Esteban Gutierrez did not finish the race due to an accident and wheel lockup.

“2012 was a very successful year for us,” Sauber CEO Monisha Kaltenborn said in looking ahead to the current season. “We not only moved up from seventh to sixth place in the constructors’ standings, but also improved our points total from 44 in 2011 to 126 last season. We have a strong platform in place now, on which we are aiming to build and continue our upward curve.”

We’ll be following Sauber at the British Grand Prix later this month — a track that should suit the C32-Ferrari better — and for the rest of the 2013 Formula One season. Let’s see how well Sauber and NEC can do together.
Sauber F1 Team 2013 promo video

When choosing an on-premise telephone system, an important decision relates…

Why change your phone system?

For many companies, especially smaller ones, the idea of moving…